Home // In the garden / Test And Results

For 30 years, we have been carrying out comparative tests on vegetables, taking care to doing them on the same soil and without companion planting influence (for instance without taking into account the first and the last plants cultivated in a row). And of course we have planted the same amount of seeds or plants and have left the same amount of spacing between the plants.

Some of the Moon’s effects no longer need to be proven, for instance the Lunar Node’s influence. This is easy to verify when the influence happens during the same constellation. For instance, during a “roots” constellation, if carrots seeds are sowed every hour, you will notice that crop yield of each plant will gradually decrease as the planting time gets closer to the time of the Lunar node. In the same way, it will gradually increase after the Lunar node has finished. During Lunar nodes, the crop yield is usually half of that compared to seeds planted 8 hours before or after.

You will find below some pictures of these test results. Differences are mostly related to planetary aspects, which is why tests have been carried out during the same constellation, from negative (red zones) to suitable zones (***) and including zones that should be avoided (-).

You can enlarge the photos by clicking on them. 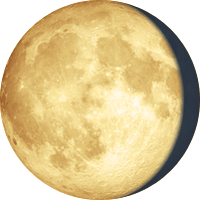